Gawler Community Retirement Homes (GCRH) offers some units under ‘Subsidised Entry’ agreements. These are designed to offer long term stable accommodation for residents without the ability to purchase a unit at full price.

Regular enquiries are received by the office regarding alternative entry options. After a recent review the Board of GCRH has now approved offering a limited number of units on new payment terms. The units will be offered as Subsidised Entry Agreements, however rather than an upfront cost of $55,000 the resident will pay a weekly payment plus Services Fee. Read More... 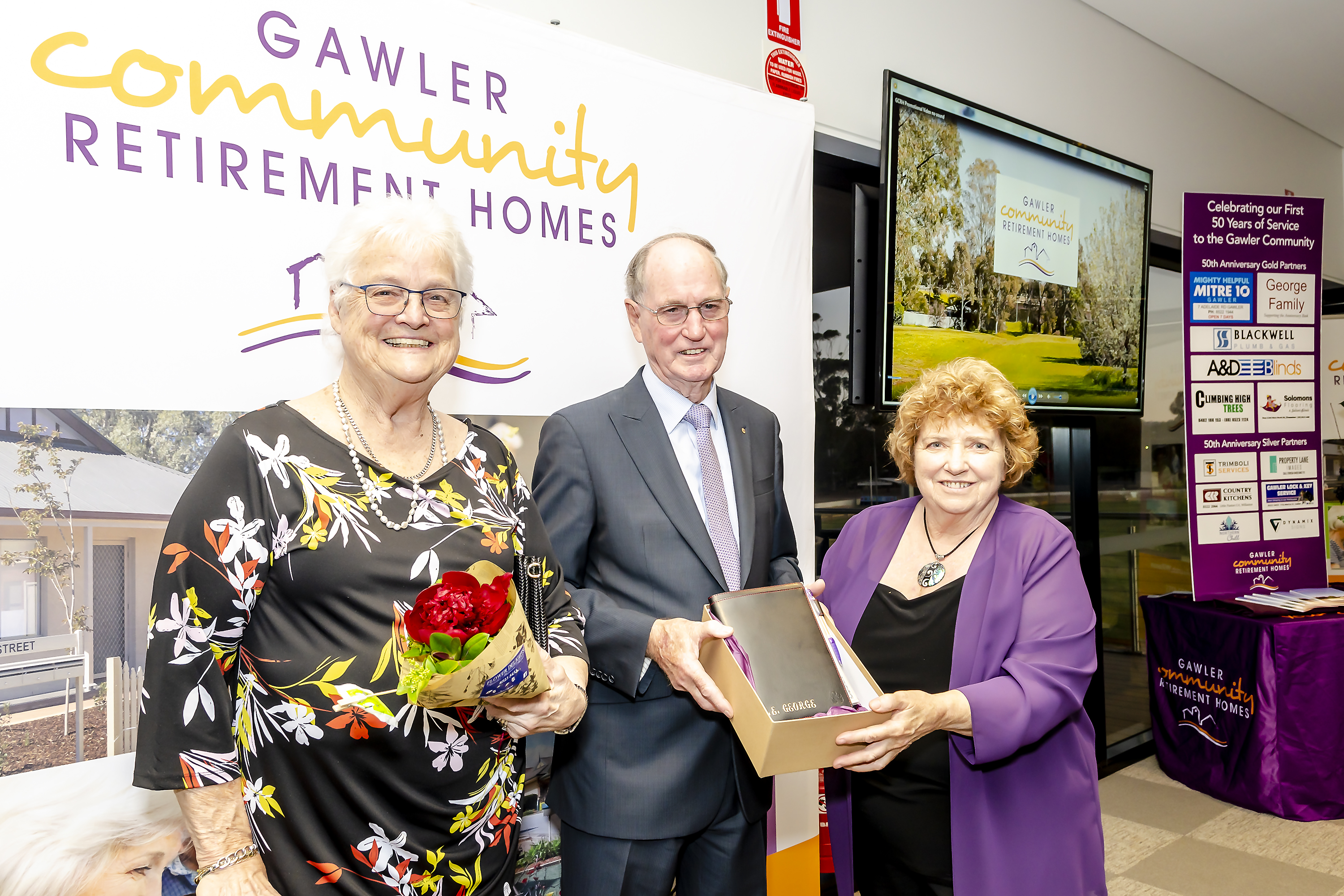 The Anniversary Function, Gawler Community Retirement Homes (GCRH) was able to finalise its 50th Anniversary Book and launched it in December 2019. Former long-time Board Member, Humphrey George was on hand to officially release it. He was a strong supporter of the book and the need to document some of the history.

GCRH thanks Stan Roulston (a GCRH resident) for his efforts in compiling the book. He put in a lot of hours to ensure it all came together. The design of the book was done by David Ward, son of GCRH residents John & Judy Ward; he has produced a quality book. Thanks also, to Teresa Lane from Property Lane Images for new photos included.

Thanks to Drakes Foodland at Gawler

Thanks to Drakes Foodland at Gawler for the continuing support of Gawler Community Retirement Homes. This week a third new resident received a Drakes Foodland Voucher when moving into one of our new units.

Pictured is Sandra Pink, who is now a happy resident in Elimatta Village. Sandra is pictured being presented with her voucher by Gawler Foodland Store Manager, Chris Nowicki watched by GCRH Manager Peter Smith.

Back to Home Page