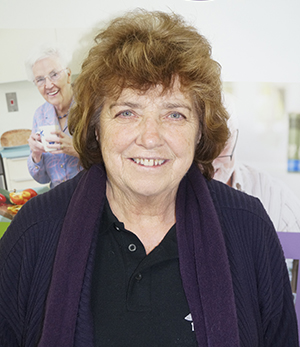 Gawler Community Retirement Homes (GCRH) would like to congratulate our Chairperson, Helen Sands on being named Gawler’s Citizen of the Year at Friday’s Australia Day celebrations. She puts in plenty of time for our organisation and has had strong involvement in other local projects over many years. Helen has been a member of the Board since 2010 and in October last year she succeeded Bruce Eastick as Chair; which is a notable achievement in itself! Bruce, who remains on the Board, had been the only Chairman that our organisation has had since it was inaugurated in 1969! As well as Helen’s appointment, Shane Hennessy, also a Board Member since 2010, was voted into the role of Deputy Chairperson. At the same time GCRH also took a significant step by changing its business name. Our official name has been Gawler & District Aged Cottage Homes; but the GCRH title has been used in recent years to clearly identify what the business provides. We have now taken the step to change our business name to Gawler Community Retirement Homes and have gracefully consigned our original name into ‘retirement’. The GDACH former name is noted as a part of the Rules of the Association. GCRH remains a committed not for profit organisation with a community focus towards people seeking a hassle free but independent retirement. When retirees purchase from GCRH, they are provided with comfortable fully refurbished or sometimes new homes.